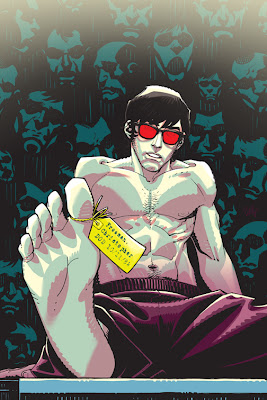 Starting this July 2012, DC Comics will release a new print series featuring stand alone stories. The new National Comics series focuses on characters who haven't exactly been quite popular with general audiences but have certainly had their own series in the past.

The beginning issue will spotlight Kid Eternity in his new identity as simply, Eternity and the rest of the series stars Madame Xanadu, Rose and Thorn and Outsiders team-member Looker, by a different creative team each month.
Here's a look at the characters in their previous series and below, the upcoming cover artwork:

It's unclear why these particular characters were selected for the new series but expect the title to focus on these fringe stars for now. Furthermore, each character's own series ended unsuccessfully despite acclaim for Madame Xanadu. The book will be print-specific for the time being as well.